Visiting Nurse Association (VNA) was established as a 501(c) (3) non-profit organization in 1952 by a group of concerned citizens following the announcement made by Metropolitan Life Insurance Company that they would be discontinuing their provision of in-home nursing services for policy holders living in the greater Port Huron area. From the beginning, meeting the home-based health care needs of the community, regardless of one's ability to pay has been the foundation on which Visiting Nurse Association Health Services provides care. 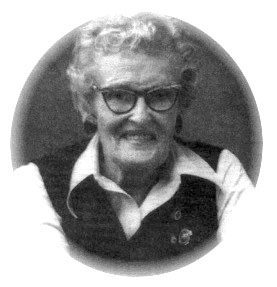 Leading up to its establishment in 1952, Bess was essential in developing the Visiting Nurse Association of Port Huron and Marysville (later to be known as Visiting Nurse Association due to service area growth). She was the agency’s first executive director, holding this position for 23 years, until retirement in 1975. During her years of dedication, service, and leadership, she guided the agency through many significant changes and tremendous growth.

She led staff in the vigorous task of qualifying VNA as a Medicare and Medicaid certified agency. She had the foresight to know this was necessary for the agency to continue services in the future. Bess contributed to the expansion of home health care services through the addition of physical therapy, occupational therapy, speech and language pathology, medical social work, and home health aide services.

According to Bess, “the journey from birth to the end of life is one of continuous development and each step ahead is preparation for what is to come”.

Bess provided care to patients, trained staff in the art and science of home health care, and developed a fledgling agency into one our community is extremely proud of to this day. She was a true pioneer in the development of home health care services in the Blue Water Area.

Dr. Elmore Shoudy was a Family Practioner in Port Huron from 1960 to 1995. During his years in practice, he thought there should be a more compassionate way to help patients through terminal illness. He believed that patients facing an end-of-live diagnosis should not have to die in a hospital or long-term care facility. Patients should be able to die in the comfort of their homes or in a home-like environment.

Dr. Shoudy established Blue Water Hospice in 1982. Eight years later, in 1990, Blue Water Hospice became a part of Visiting Nurse Association’s continuum of care. As an advocate for patients in the final stages of a terminal illness, Dr. Shoudy still had a vision to provide a home-like environment during their final days. He recognized that sometimes, families couldn’t care for loved ones at the end of their illness and wanted to develop a home away from home for these patients.

It was Dr. Shoudy’s dream that a dedicated hospice home would be built in Blue Water community. In 2009, just a few weeks prior to his death, Dr. Shoudy was informed that funding, land, and design for the hospice home were approved. Three years later, in 2012, Dr. Shoudy’s vision was fulfilled and the Blue Water Hospice Home opened in Marysville.